When Single Parents Put Kids Second, Anxiety Can Take Over

But if Children Know They Are Heard and Respected, They Can Overcome Anything 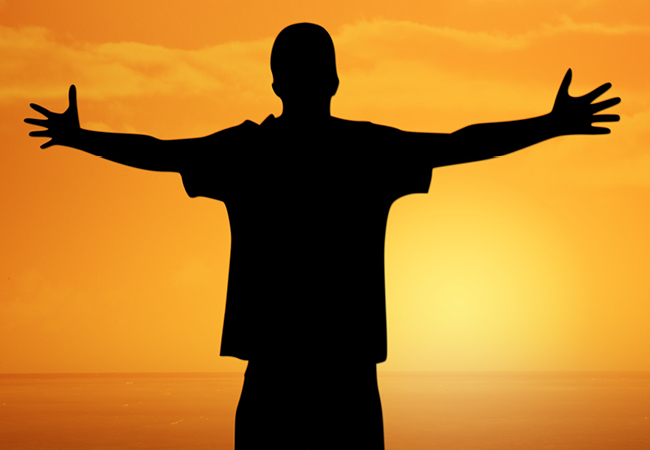 My son’s visits with his friends routinely included huddling around a computer screen playing video games, but not this one.

“No video games. Just go and hang out with your friends — outside. It’s going to be a beautiful, summer day.”

With a tinge of frustration in his voice, he recalled visits during which video games seemed to have kidnapped his friend’s attention, leaving very little time — or ambition — for conversation or other diversions.

In a word, they were boring.

After his two friends arrived that sunny day, they decided to hike around Joseph’s neighborhood, a borough slightly more than 2 square miles.

On foot they ambled through streets and trudged up and down hills. Their conversation flowed effortlessly as one would expect among close friends.

Distractions enticed a comment or exacted a laugh, but deeper consideration was given to those important matters of teenage boys: friends, girls, school, girls, life and, of course, girls.

After an hour or so, they returned to the house where cold drinks refueled them and preparations were made for their adventure in a nearby wooded area.

The boys wrapped school ties with thick stripes and large polka dots around their sweaty heads.

They loaded knapsacks with water and first-aid supplies and strapped them on their backs.

From an assortment of Nerf axes and swords, they selected their weapons of choice.

And I applied copious amounts of bug spray.

While standing on my porch, I watched this ragtag group of boys laugh and talk as they marched down the street on a mission of their imagination.

The scene reminded me of the boys walking along the railroad tracks in the movie “Stand by Me” — sans the body and teen criminals.

This Joseph was so different from the young boy I had observed and worried over during the first part of his life.

For most of his childhood, Joseph had suffered from anxiety, resulting mainly from his strained relationship with his father and his separation from my parents and me during visits, according to his therapist of more seven years.

His anxiety worsened further because his father and I were incapable of co-parenting.

Unfortunately, many people can’t work together and different points of view on parenting are only amplified when a child’s needs must be taken into consideration. It has been so very maddening that we could never achieve some mutual understanding that Joseph should come first.

My request that visits be rescheduled or that Joseph be taken to birthday parties and scouting events, among other activities, landed on his father’s deaf ears. He would only budge from the visitation schedule for his or Joseph’s sickness or when he had plans. Not even inclement weather, such as blizzards, was a sufficient excuse for deviating from that damn schedule.

His father’s inflexibility created a gross tedium that wore at my little family. Because I worked, I missed the many Friday evenings when my father and mother tried desperately to calm Joseph before his father pulled into their driveway to pick him up at 5:30 p.m. for an overnight weekend visit.

His little arms clinging tightly to his grandfather.

His head buried in his grandfather’s chest.

His angry declarations that he wanted to stay home.

His grandfather’s rough hands gently — and repeatedly — stroking his small back.

His calm voice and that of his grandmother’s, reassuring Joseph that he would be safe and return home soon.

His grandmother’s loving embrace filled with smells from her kitchen where she made his favorite foods.

He seemed inconsolable and his grandparents suffered such helplessness, anger and distress over their tormented grandson.

Yet, Joseph stunned them with his amazing transformation.

Sitting on the couch in front of the bay window, the three of them could easily see when his father’s vehicle would turn into the short driveway.

In that moment, Joseph summoned a sort of composure forged from the pain and resolve of the ages.

His tears stopped and he sat up. With my grandparents’ help, he collected his toys and clothes into his knapsack and opened the door to his father’s knock.

Had he resigned himself to the visit? Had he tapped into some inner strength to overcome his anxiety?

My parents and I quietly pondered these questions and anticipated Joseph’s responses once maturity would afford him the self-awareness and words to communicate them.

To know that I was unable to provide the comfort and support needed during those times pains me to this very day.

This hell repeated itself every other weekend and before weeklong visits beginning when Joseph was 1 year old.

Upon his return, Joseph resumed his rightful place as the little prince of our family. We showered him with hugs and kisses and a bounty of delicious foods waited for him. We shared stories and plans. Sometimes, little, thoughtful gifts were set-aside for him.

Despite being home, Joseph’s anxiety that had manifested itself in such a brutal manner earlier had in no way truly subsided.

Instead, his anxiety compelled him to routinely inspect the grounds of the property as well as the inside of the house. If Joseph created a mess or left something out of place, it remained fairly untouched during his absence, because we knew he would look for it.

With some distress, he would remark on anything he deemed to be out of the ordinary or missing. My grandfather or I would accompany Joseph on these tours, trying to put his mind at ease when anything disturbing or unsettling caught his attention.

Nothing was real unless Joseph observed it himself. And everything he remembered had to be surveyed before it could exist again.

Joseph’s anxiety also revealed itself when he suspected or was alone. To put it simply, he did not like to be alone.

Whenever he wanted to play in the yard, his grandfather had to be nearby at all times. If he should step away for a moment for some reason, Joseph would become quite upset. The same ritual applied to any adult.

When we were home together in the house, Joseph would follow me from room to room like a duckling. He had to be everywhere I was — thankfully not the bathroom.

If he was working on a project that could not be moved — for example, his arrangement of numerous cars in a city on a large rug — he would persuade me to stay. And Joseph could be quite persuasive.

He even insisted on sleeping with me even though he had his own bed. After some laughter and chatter, he would fall asleep, eventually sprawling across the bed, leaving me only a small space on the edge of the mattress.

Interestingly, Joseph didn’t exhibit these anxieties at school or in daycare. We assumed he felt safe in the company of his teachers, classmates and friends in a building that seemed secure. Perhaps, the routine of the day provided him with some comfort and stability.

Once he reached the age of 5, Joseph’s response to his visits altered slightly. Words of anger and frustration replaced his tears. Time alone replaced his tours. However, he still insisted that someone be with him in the house or outside.

His father’s insistence on adhering to the visitation schedule, despite the protests of his son or me, showed no signs of letting up, no awareness that his son was growing up and finding a little life of his own with friends and activities.

Moving seemed to be the only solution. The physical distance of a mere hour contributed to the overhaul of the entire schedule. Since Joseph turned 8, he only sees his father for three hours every three weeks. Please note, dear reader, a substantial incident occurred when Joseph was 7 that effectively curtailed these visits, a topic for another column, perhaps.

During the past seven years, Joseph has worked with his therapist to cope with his anxieties. One of the biggest developments had been his willingness to play outside around the house without his grandfather or me being right at his side. As long as Joseph knew we were nearby — and we always were — he became increasingly more comfortable.

Eventually, he began riding his bike. At first, he would go up and down the block in front of our house. One day he decided to take his bike a block further. Within two years, he was riding his bike around the community and at times on the rail trail.

Since middle school, Joseph has taken to walking as a way to collect his thoughts and get some exercise. These excursions demonstrate how far he has come in coping with his anxieties. It’s not unusual for him to stretch his long legs for an hour or more now. Sometimes, he takes walks at night with — or without — me.

Watching Joseph become more independent and self-assured eventually led me to ask him about the composure he exhibited as a child in the early days of his visits with his father.

“I may have been angry or scared about going but I really didn’t have a choice.”

Hearing my son’s explanation filled me with outrage. His happiness and well-being have always been my main concerns, but was that the case with his father?

How much pain could have been avoided if his father and I could have worked together?

Would his relationship with his father been better if he had demonstrated some flexibility and shown a little compassion?

Changing circumstances and personal sacrifices have enabled me to give my son a better life. And to know that I can witness his amazing journey into manhood continues to be such an honor. 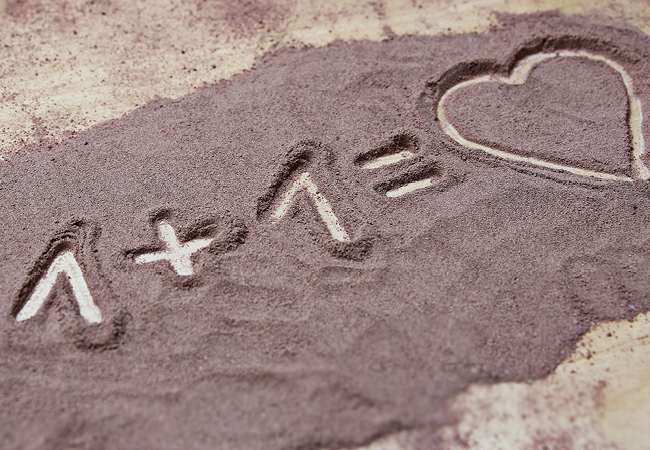