My Son And I Shared The Gift Of Laughter For Christmas 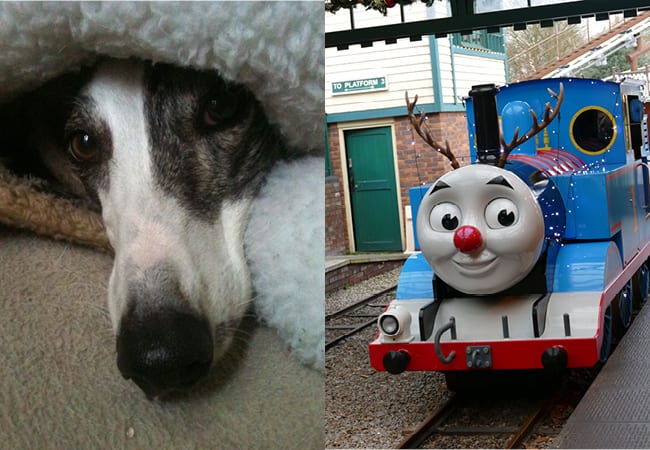 Television programs, YouTube shows and news articles like to advise us on how to balance family dynamics with holiday gatherings.

These practical suggestions could help anxious guests and hosts in responding to opposing opinions, generational conflicts and just unpleasant people.

But what about finding the humor or cynicism in simple, everyday occurrences? That’s what my son and I did on a sunny Christmas Eve.

Jake’s dark eyes, curious and engaging, locked with mine when I opened the door to my friend’s home for their small Christmas Eve gathering.

His lean, long body stretched out from behind his watchful gaze, and the gentle afternoon light in the room tickled forth the soft sheen of his black fur. His regal yet quiet and unassuming demeanor coaxed me to slowly lower my hand to his nose for a greeting.

Jake is a greyhound rescue that likely endured the rigorous training and demands of a racing career from an early age. Beginning when they are puppies, greyhounds are typically handled by breeders and farm staff members, weaning them from any wariness of people and their company.

Once I entered, Jake stood at my side, gently leaning against my leg, welcoming my gentle strokes along his body. He seemed reluctant to budge until I proceeded into the house to hug and chat with friends.

Everyone commented on his friendly character and large paws, which at times were accidentally stepped on.

Eventually, Jake found a new companion in my son, Joseph, who like Jake has a long, lean body and a gentle, patient temperament. The two were a perfect pair, enjoying the attention and affection each gave and received.

After ladling a helping of chili into his bowl, Joseph joined Jake on a firm couch among the other guests, who sat on comfortable chairs thoughtfully arranged in the room.

Bouts of eating were interrupted with compliments about the dish. The vegetables were fresh, the beans plentiful, the meat tender.

Jake easily stretched across more than two-thirds of the couch, his head near Joseph’s lap. My son gently stroked him as he listened to a conversation I was having with some friends.

I happened to turn to Joseph and observed that Jake’s head was no longer resting near my son’s leg. His head and upper body were raised; he appeared bewildered, even a bit alarmed. His eyes were so wide that they seemed to bulge. He was perplexed.

My son’s eyes were a bit wide too as he looked awkwardly about the room. He was clearly uncomfortable with the attention I was now giving him.

When I asked him why Jake was acting oddly and, for that matter, him as well, my son blamed the chili.

The meal had caused him to fart, the sound and sight of which freaked out Jake.

A flutter of laughter was met with a fanning of hands and assurances that this gas too shall pass.

Eventually, it did and Jake decided that he would place his regal head at the other end of the couch for the duration of the party.

My son and I were driving through a rural area in Maryland when we spotted a Christmas tree farm on the side of a small hill. But this farm was not just any farm; it was a Thomas the Tree — Farm as painted on the sign.

Joseph paused at the farm’s name, finding this alliteration a disturbing allusion to his beloved Thomas the Tank Engine. As a young, small child, he absolutely adored Thomas, his train buddies and their countless adventures.

The theme song for the animated series filled our home almost daily as the trains’ stories were shown on our television screen.

Oftentimes, the tales and the tune settled in the background and inspired this little boy who crawled next to his tracks, moving his many engines along to the adventures he created for them.

Each train had its own unique personality and contribution to his version of The Island of Sodor. Through his imagination, they were free to explore the world and learn about each other.

“Do you think they are trying to tie it to the Thomas?” I asked.

“I don’t know,” Joseph said, “but these trees are gonna end up dying anyway.”

“Oh, that’s miserable … but wait. So they named these trees after Thomas, then they cut them down and separate them from their buddies.”

“Yeah and people stick them in water and they just die.”

“Why did they have to name the farm after Thomas?”

“I don’t know but it’s messed up. Anything to make a buck, I guess. People see the sign and think about the Thomas. All I see are trees being raised to be killed.”

His observations may be cynical, but his love for this brilliant blue engine is unfaltering even as he matures. To know that Thomas is being associated with an industry that profits from the death of something so beautiful is alarming.

We understand that many people enjoy having one of these trees in their home to mark the holiday season rather than an artificial one.

But couldn’t that business at least choose another name? This marketing ploy may seem catchy and perhaps even clever, but does that business need to associate itself with a beloved childhood toy?

“Maybe they didn’t’ mean to tie it to the Thomas.”

This last experience may seem to have put a bad spin on our Christmas Eve but it really didn’t. My son and I discuss various issues and take them to all sorts of extremes and ends, sometimes for our own amusement and other times to push boundaries. Giving him the latitude to explore and engage — within reason — is important.

Ultimately, we had a wonderful Christmas Eve and Christmas Day. We genuinely enjoy each other’s company and love being together wherever the conversations may take us. And as his mom, I can help lift him out of any sad musings and help him see the joy in life. 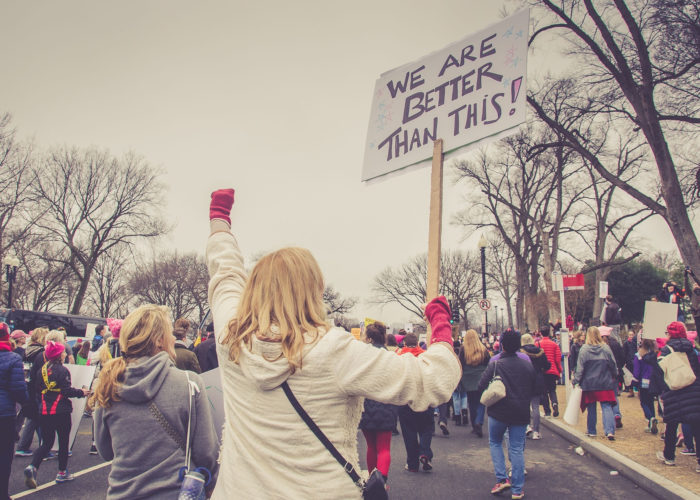 News: Startups, Stigmas And Separation Are Top Issues For Single Parents
Next Post 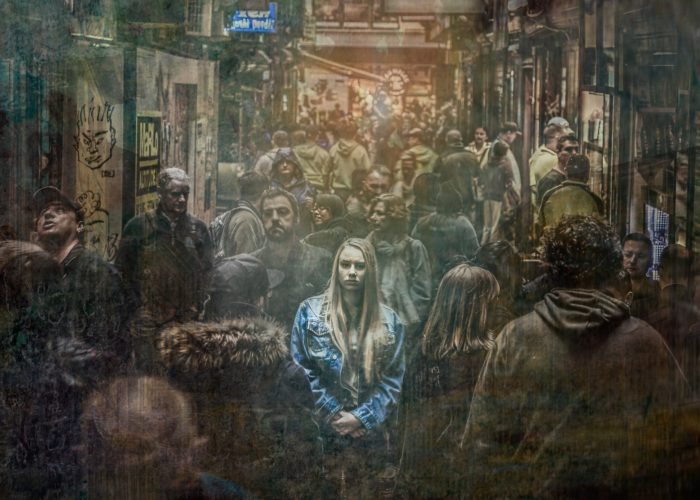