Rain, Pickle Pops, Burgers, Walks and Umbrellas Made This Night the Best Gift Ever 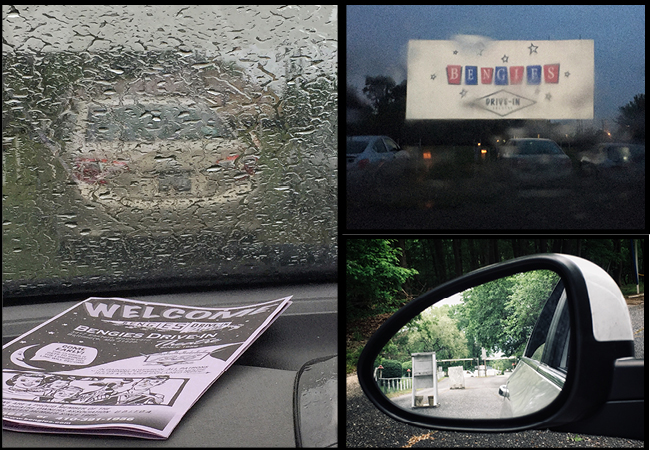 For the last few years, my Mother’s Days have been a disaster or, at the least, a challenge.

Quarrels over trifling matters between my son and me effectively smothered any weekend plans. He would go his way and I mine.

On one occasion, Joseph decided he did not want to go hiking as we originally planned, so I ventured to the state park alone that Saturday afternoon. I soon discovered that the path I selected for my adventure required the grooming skills only an experienced park attendant could provide. At the point I turned around, the trail had literally disappeared into the underbrush of the forest. Like breadcrumbs, the faint colored markings on the trees helped me retrace my steps to the sanctuary of my car. This test of my resilience was certainly not the outcome I expected.

Despite this and other disappointments, my son and I would eventually reconcile and piece together some sort of celebration marking the day. To avoid hurt feelings and “unreasonable” expectations, we decided that a card with a thoughtful message and a rosebush with fragrant flowers and sharp thorns presented the elegant remembrances my son could provide and I would adore.

This year I approached Mother’s Day differently. One of my Facebook friends posted her enjoyable experience at Bengies Drive-In Theatre in Maryland. I had no idea that this theatre had remained in business since 1956. So many drive-ins have closed because they could not afford the expensive digital projectors, compete with the sophisticated features of theatres and attract an audience that was in a steady decline. The land upon which family and friends shared popcorn, laughs and screams for decades was taken over by big-box stores, residential communities or some other “development.”

But not Bengies — it’s the last drive-in theatre in the Free State with a screen 52 feet high and 120 feet wide! And it was here that my son and I decided to hang out for a double feature that Mother’s Day weekend. And the movies? Avengers: Endgame and Captain Marvel — major blockbusters. Even though neither of us are Marvel Comics superhero movie fans, we would have to be crazy to pass up seeing these action films on the biggest screen in Maryland.

Because the Avengers film had been so successful, among the highest grossing movies to date, I thought it best if we left early to secure a great spot in front of the screen. Having never been to this drive-in, we decided to begin our journey two hours before the box office opened — and to beat the crowds.

On our way, Joseph and I commented on the various places and signs we passed. A quarry somewhat concealed from view by a few trees and small hills along a major interstate drew Joseph’s attention. Electronic billboards stretching over major routes read: “Drive like your mom’s watching.” Local restaurants posted signs promising delicious Chesapeake Bay crabs, some boasting the best ones in town. And the Geresbeck’s Food Market in the Hawthorne Shopping Center along our route was the very one my aunt and uncle mentioned patronizing for many years. With all of these distractions, Bengies’ marquee surprised us when it came into view after we passed a small cluster of trees.

We turned off the main road and pulled up behind the second car in line — and waited. Joseph was none too thrilled about arriving an hour before the box office was expected to open, but it afforded us ample time to read and comment on the house rules. Some of which — emphasis preserved — are as follows:

Do Not Place Anything on top of your vehicle INCLUDING People.

SHOES & Shirts MUST BE WORN AT ALL TIMES BY ALL PERSONS. NO EXCEPTIONS. Do NOT carry shoe-less children.

Never put a light of any sort onto the screen. LASER POINTERS ARE FORBIDDEN anywhere in this theatre!!!

CARBON MONOXIDE is POISON. Do NOT leave your car engine running.

After reviewing these rules, I certainly hoped common sense was not in short supply among that evening’s patrons.

An attendant opened the box office about 15 minutes early and gestured to the driver in the first car to come forward and purchase tickets. With my $20 cash in hand, I greeted her when my turn came. She graciously trashed my nearly empty Coke bottles — no outside food is allowed or patrons must buy a permit. Apparently, backwash is considered food.

Our car stayed around 5 mph as we drove closer to the screen looming large in front of us. Before we parked, another employee welcomed us.

“Tell everybody we are still open,” he asked.

“I sure will and I plan to come back!” I added.

We eventually parked next to a small white pole directly in front of the screen and decided to grab something to eat from the snack bar. Not having eaten all day, I was hungry and Joseph, a growing teenager, was always ravenous. We had familiarized ourselves with the menu, reading it online while we waited to be admitted; the selection and prices were pretty good. Even though we were among the first arrivals, hot, juicy hamburgers were prepared and quickly bagged for us. Painted images of different foods — Goobers, pizza, fountain drinks, popcorn — were illuminated above the counters. Among the frozen novelty treats in the roll back fridge, I noticed Pickle Pops, a local favorite of essentially frozen pickle juice. Personally, I love pickles and pickle juice and plan to sample a pop on my next visit.

Not soon after we arrived, the rain started. At first it was a spray, annoying but definitely not hindering Joseph and me from walking around the grounds and into a nearby neighborhood where we saw sailboats docked in Middle River. These little excursions not only helped us kill time but also built up our anticipation for the evening as we noted the increasing number of vehicles parking for the double feature.

With darkness falling and the temperature dropping, the drizzle became a mature rain that thud on each leaf where it landed and pooled in ruts on the road. We were tired of being wet and the chill it created was unpleasant, but our attention quickly turned to the screen when the movie did indeed play.

It didn’t occur to me that we would have to see through the rain to watch the movie. At first, I cleared the windows periodically with the wipers but it was futile. The rain kept falling, each drop acting like a small mirror, slighting skewing our view.

Joseph thought that our umbrellas might be of use. Sticking his head and arm out the window, he extended his umbrella over a portion of the front window. I opened my window and used another umbrella to cover a small area of the window. It was a good idea until our arms and hands hurt from holding the umbrellas and we were tired of getting wet and being cold.

Frustrated, we just surrendered to the rain. After about five minutes, the drops merged into a watery sheet of glass through which we watched the movies. If we had only waited, we would have avoided the wipers and the umbrellas. The rain persisted throughout the movie, becoming intense at times, but this dismal weather could not take away the laughter, love and comfort we found in our tiny Chevrolet Sonic.

Spending time together that evening was the Mother’s Day gift I hoped for.

News: Tuk-Tuk To Freedom, Prostituting To Survive And Foils To Support
Next Post

How Do I Stay Focused And Strong? Passion, Yes, But Let’s Delve Deeper