LOL, Parents!: Kids Sure Can Tell It Like It Is

'I Was so Embarrassed But I Couldn’t Stop Laughing' 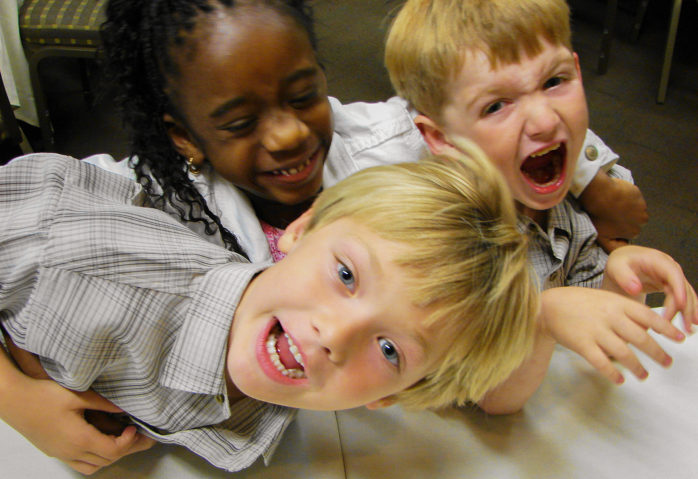 I’ve yet to experience a first day of school — my son’s or mine — that was not in some way memorialized by some humorous mishap, and this year was no different.

Joseph’s school year began the Wednesday after Labor Day, a week later than the previous year.

These extra days afforded us the much-needed time to tackle that routine drudgery of hopeless procrastinators: the dreaded summer reading assignment.

As far as we were concerned, Joseph was prepared for Sept. 4 when he would officially be a high school sophomore. We even managed to wake up early enough to avoid the rush that leads to bad decisions and missed opportunities and arrive at the bus stop 10 minutes before the bus’s arrival.

Yes, that boxy, yellow bus with the windows that go up and down sometimes, the vinyl seats that stick to your skin and the driver’s overhead mirror that reveals eyes zeroing in on troublemakers.

Yes, the bus with strange and at times unpleasant smells, unforgettable conversations with students of any class — and bumps.

That evening, Joseph described how the bouncy bus of last year had become a thrill ride he could never have anticipated.

His bus that day had the capability of literally launching its passengers into mid-air. Books, supplies, cellphones and lunches were scattered about, as the students reached ever-greater heights. When asked what the problem could be, Joseph said without fail:

“The bus has a little suspension problem, Mom.”

He had spoken of this mechanical issue at the end of last year while laughing about how bouncy the ride to school had become. Admittedly, the highway was undergoing major repairs at that time, and I just assumed the company would provide some routine maintenance on its fleet during the summer.

OK, so we were both naïve.

The Wednesday bus ride as Joseph described it was insane:

“Mom, you will never believe this. The bus was so bumpy that it was setting off the alarm for the backdoor. Every time the bus hit a bump, I was the one who had to stop the alarm. It was crazy! Everyone was laughing! We could not believe it! And the alarm was so annoying.”

No, fellow readers, the backdoor did not open; however, a call was made about this little, inconvenient suspension issue.

I’m sure they have a crack team of mechanics fixing this. At least, they better have.

If you are going to keep your sanity as a parent, particularly as a single parent, a sense of humor is critical.

In this column, the fourth installment of a seven-part series, single parents shared hilarious moments with their children. Following are some of those responses:

“When my son was a year old, I was living in a trailer. One day I was vacuuming and went to finish in the back bedroom. My son had been playing in the living room. When I got done and went into the living room, my son wasn’t there. I thought that maybe he had snuck past me, so I check the bedrooms. No kid. The inside door was open but the screen was shut. Thinking maybe he figured out how to use the door, I went looking outside. No kid. I really started freaking out! I went back in and searched every room and every closet. No kid. Now I’m almost having a panic attack. I decide to go call the police. As I went into the kitchen to the phone — yes, I’m that old that we had landlines still — I noticed the fridge door was slightly ajar. I almost closed it but something said look inside. I found my son sitting on the second shelf, licking the icing off a cake with one hand and gnawing on a stick of butter with the other. Love my son but damn that almost gave me a heart attack!!”

“My 4-year-old wanted to make it rain with money. My mom was aggravated so she said, ‘Fine, make it rain.’ So he threw a handful of pennies in the air and they hit all of us.”

“I don’t have a video of this incident, but my 2-year-old said to my neighbor, ‘Polina, I love your pimple’ while pointing to one on her face. I was so embarrassed but I couldn’t stop laughing.”

“Awhile ago my son’s teacher called because there was a spider outside. My son told her to call me ‘because my mommy has a big special gun to shoot spiders with.’ I have a salt gun. It shoots salt.”

“I kept telling my daughter to come eat dinner and she wouldn’t answer me. She fell asleep while watching the iPad on the stairs. It gets better. We couldn’t get her to wake up, so I finally gave up and took her to bed. About an hour later, she was coughing. I went to give her meds when she finally woke up and cried that I didn’t feed her dinner.”

“My son’s friend who is 11 is obsessed with the word ‘pussy.’ He can’t stop saying it and uses it in every context. My friend and I were talking about how to cool his jets since we had him on an overnight trip and he was out of control. ‘If he keeps saying it, no girl is gonna give it to him,’ my 8-year-old daughter said. Well … can’t argue with that, lol.”

“The other day my 5-year-old was taking a No. 2 on the toilet. I asked him if he was almost done so I could go. He scooted over on the seat and said he would share it with me, lol. It is never a boring day with him. You never know what will come out of his mouth, lol”

“My almost 8-month-old precious baby girl said, ‘Dada’ and has a yell for each of my older boys. When she finally called for me, she yelled, ‘Haaam!’ Ham. I’m Ham.”

“My 3-year-old told me a few nights ago that I drove her crazy, lol.”

“I started to say, ‘What the f …’ and I stopped myself, but my almost 3-year-old finished the sentence for me. She said, ‘What ta fuck.’”

“I couldn’t find my daughter anywhere! I looked in every room, every closet, under the beds, etc., while yelling her name. I went outside and looked all the way around the house. I then started panicking and crying and trying to find my cellphone, and I couldn’t even find my phone! I was in the kitchen when I thought I was hearing something. I found my child in a corner kitchen cabinet, calmly watching YouTube on my phone! She didn’t want to answer when I called because she wasn’t supposed to have my phone, the little stinker, lol!”

“My daughter asked me, ‘Mommy, when daddy goes to banquets are they at the bank?’”

“My 10-year-old was with me at the Motor Vehicle Administration. I wasn’t paying attention to anything but the long line we were standing in. Out of nowhere she yells, ‘Dad, look!! A man with a peg leg!’ I was so embarrassed; my entire face turned red. It’s funny now but not at the time. She didn’t know that the term ‘prosthesis’ refers to a fake leg.”

Please feel free to email me your stories and enjoy the laughter these and upcoming memories are sure to produce. 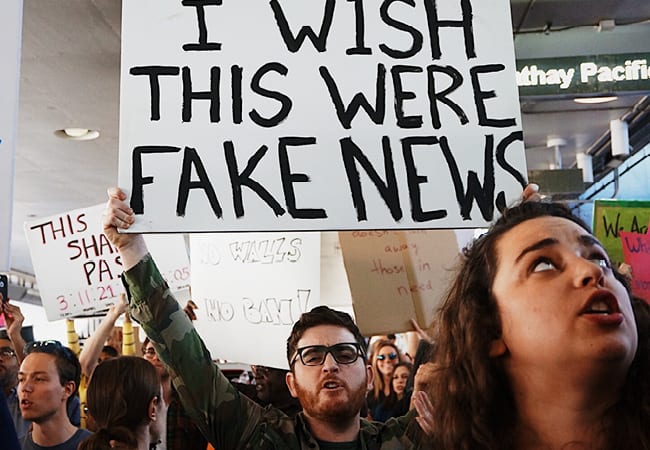 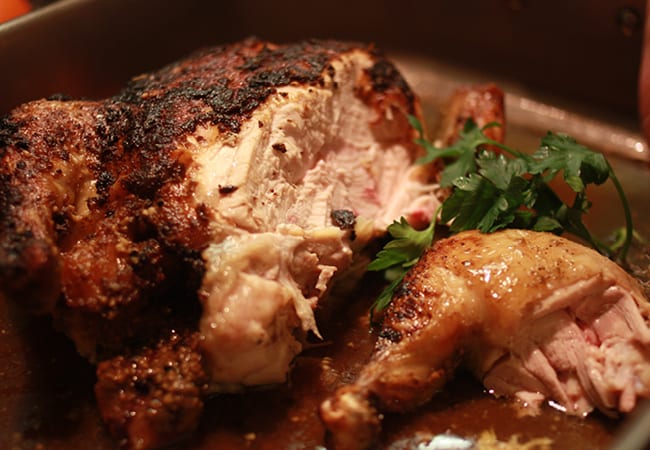 Cooking: Why I Hate It and Why I Love It