New Job And Love Helped Me Survive The Pandemic

Without them, I would have continued to be lost and hopeless

One of the great ironies in life is how absence makes us value presence.

For the past few years, that idea has been playing itself out in my personal and professional lives.

Since November 2019, I have been present in new and exciting moments that for years I had been absent from.

Unfortunately, I neglected to share these experiences and my insights into single parenting with you, dear reader. And for that absence, I apologize, but I have returned and will continue my weekly postings on my blog and my daily news posts on my Facebook page.

Where do I begin?

Well, the biggest changes without a doubt were starting a new position and meeting a wonderful man, both of which originated in the few months leading up to the pandemic. Reflecting now, I realize how very fortunate I am that these blessings occurred when they did.

Great opportunity with no future

I had almost abandoned all hope of returning to the professional world I knew so well. My career in editing in media had taken a standstill after nearly 20 years of tireless dedication and hard work.

Three years ago, my position as a writer, editor and paginator of eight monthly publications was eliminated. The publisher who hired me assured me that his plan to revamp these publications with an infusion of editorial content would be successful.

He sold me on his sales pitch and I believed him. He reached out to me at the most propitious time: I was overseeing an editorial department at a nonprofit, but I wanted to lead a new project where I could determine and realize the editorial vision.

In the months that followed, I worked diligently on the publications, creating content that promoted featured advertisers and their businesses, gathering events that were specific to different areas, and editing articles that were informative and fun.

Despite these efforts, the publications did not succeed — for reasons I am not certain of — and they were eventually sold to another company, only a couple of months after my employment ended.

I began my search for a new position with optimism and fervor. My resume was stronger than ever, and I believed a new livelihood would emerge within a couple of months.

However, I was wrong, very wrong.

Months turned into years of searching for employment in my field, an ordeal that was endlessly defeating. So many resumes were emailed to prospective employers and so many were left unanswered or, worse, received a condescending, offensive or blatantly dismissive response. (My job hunting experience will be explored in upcoming columns.)

So many friends and family stood by me, passing along job openings and offering support, while others were silent, an experience that was truly heartbreaking and eye-opening.

Making something out of nothing

Eventually, after a year of enduring this fruitless search, I found a job working for a friend’s soon-to-be ex-boyfriend, who distributed animals to pet retailers in the region. I created a position for myself based on his expressed needs, including coordinating his entire social media efforts, handling customer service requests and providing administrative support.

This position came a week or two before my unemployment insurance payments ended. I was that close to being without an income — of any kind.

My new job helped my son and me barely survive. The hourly pay was so low that we qualified for Medicaid, a situation I never expected us to be in, and the workplace itself was disgusting and located more than an hour from my home one way. (More on these topics are also planned for upcoming columns.)

Starting a career in marketing

My two-year absence from the professional world did eventually end. Even though I never stopped looking for a position in my field or related to my experience and skills, I did slow down and become more selective.

In October 2019, I was contacted for an interview for a position in marketing, one I had forgotten I had applied for and one I never believed would lead to this initial stage in the hiring process. A second interview followed. My references were contacted. Then, a call with an offer. The process was extremely quick and by mid-November, my life had changed! Getting that call was one of the happiest days of my life!!

My career is on a new, exciting trajectory, an area of marketing that embraces my formal writing style and my particular editing skills. With each workday, I am present and hopeful as learn more about myself.

November 2019 not only rejuvenated my career but also my spirit through a chance meeting.

The absence of satisfying employment, a distraction albeit a critical one, compelled me to take a hard look at myself and my perception of my self-worth.

The opinions of others, resulting, at times, in fears of rejection and loneliness, had frustrated my efforts to find true happiness professionally and personally whether I realized it or not. Surely, I was content and untroubled at certain moments, but was I capable — or deserving — of the happiness I sought?

For many years, I pushed these fears aside as I pursued what I believed would make me happy, but no longer. I was finally moving forward with my career and now I needed to look at the needs and wants of my heart.

The fears that had contributed to my absence from the dating world lie in wait for me, and I confronted them through a revealing, simple process that was reinforced by this mantra: Enough! Fight for your happiness!

In the summer of 2019, I created my first dating profile on the dating website, Bumble. I was excited about meeting possible partners or making new friends now that I had confronted my fears and decided to live my own life the way I wanted.

I met a few men who messaged me, one of whom I shared a couple of dates, but I found the membership to be quite small in number compared with the dating giant, OkCupid, with its thousands of members.

So, I decided to create a profile on OkCupid in October 2019 while keeping my Bumble profile active. Having multiple accounts, I came to find out, is quite common among members of the online dating community. I guess they subscribe to the belief that their chances of meeting someone increase the more profiles they have.

Generating an account on both websites involved answering questions, but OkCupid encourages people to answer several questions, seemingly hundreds. The more queries you respond to the greater the chances that the god of affection’s algorithm will bring you closer to a person or people with whom you could have great compatibility — if that’s the belief you want to subscribe to.

Following are some of the questions:

Once I completed my account by adding photos and extra general information, I watched the algorithm go into action with possible matches popping up.

I found a few interesting men and pursued message exchanges with a couple of them, but none of them piqued my interest until I swiped right on him.

His profile included attractive photos, a thoughtful self-description and his responses to several interesting questions, the latter of which suggested that the algorithm was working, I hoped. And so, we began messaging each other through OkCupid.

Up to that point, the majority of my exchanges with men had been through text messages or phone calls — and for good reason. Several horror stories in the media of one-on-one meetings going bad and, in some cases, dangerously bad justified this cautious approach.

However, I was tired of spinning my wheels and rarely actually meeting anyone. Because so much about a person is communicated through their body language, demeanor and the energy they exude, I found myself disconnected from and uncertain about them.

After a few exchanges of simple pleasantries, he asked if we could meet. His request was simple: I don’t want to waste time messaging; let’s meet in person and see what happens. I actually agreed with him and we set our first “date” for that Saturday at a tavern halfway between our towns.

But then I received another message — the evening before. He asked if I would be willing to meet tonight around 9 p.m. at that very same tavern, an admittedly impulsive request. I had just returned home from work and decided … “OK. I’ll see you in about 30 minutes.”

Dear reader, I know my decision, upon reflection, seemed crazy and, yes, even reckless, but I had met many men in bars and clubs over the years and found this approach to be fine. I acknowledge that many women have had horrifying experiences — and am blessed that I did not that night.

When I arrived at the tavern, the parking lot was almost full, suggesting several customers were patronizing this establishment and several employees were working. Safety in numbers? Definitely!

I opened the tavern door, wondering if I would recognize him from his photos. Standing at the hostess station about 25 feet from me was Lewis, looking just as handsome as his profile indicated.

That evening was actually our first “date” during which we talked over coffee for a few hours. Today, nearly 15 months later, we are still together and the journey has been wonderful.

These past several months have forced in me an awakening about myself. I am learning that being absent from the life I want only hurts me and, by extension, those I love and care about. But realizing that I was actually absent was difficult to see and, especially, to overcome.

I had to lose my job and swallow the fear of rejection as I pushed forward in my search for employment.

I had to loosen my grip on these mounting feelings of inadequacy and acknowledge the greatness within me.

And I had to turn from my fear of loneliness and open my heart to love and being loved. 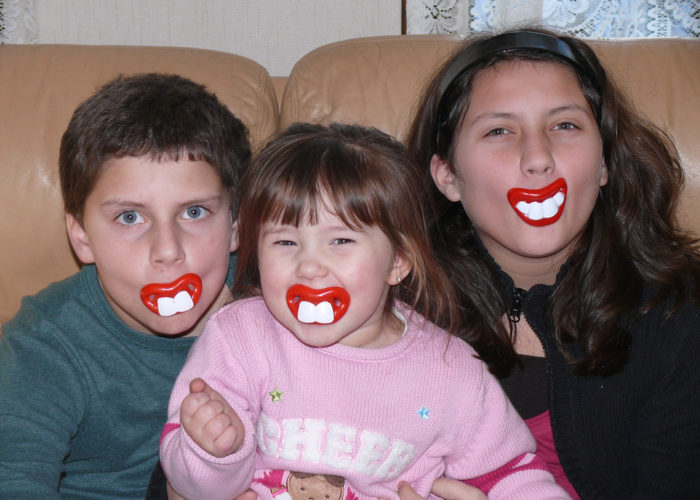 LOL, Parents!: Laughter Is The Best Medicine To Fight COVID-19